Jacob Eisenberg profiles Anthony Morrow and his rise from being an unselected afterthought to becoming one of the league’s most lethal sharpshooters. 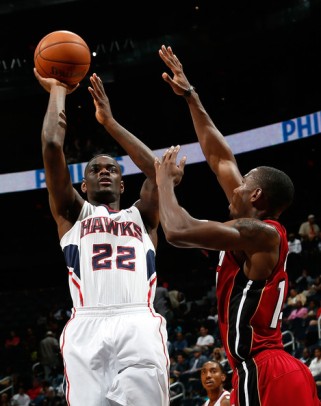 On November 16th, 2008, that lanky shooter became the toast of Northern California and the headlining story of the NBA’s regular season. By dismantling Baron Davis and the LA Clippers, Anthony Morrow proved his worth in the NBA. Four years later, Morrow still remembers, “I was just excited. I knew after the game that I could play on this level. But I did not necessarily feel that I had made it all the way. I wanted to keep that same hungry mentality so I didn’t feel like I had made it yet.”

Morrow’s path to the NBA was anything but paved for him. Since high school, the cards have been stacked against him. Despite posting terrific offensive numbers at Charlotte Latin School in North Carolina, Rivals.com only considered Morrow to be the 94th best high school player in the country. Furthermore, Rivals regarded him to be a role player with Georgia Tech, ranking him as the third best recruit in the Yellow Jackets’ incoming class of 2004.

However, after a respectable freshman campaign Morrow emerged as a star in his sophomore season, leading the team with 16.0 points per game while shooting 42.9 percent from three-point range.

Unfortunately, Morrow’s ascension to ACC stardom was stalled in his junior season when he suffered a stress fracture in his back. While he bounced back to have a strong senior year, questions about his durability and athleticism took him off NBA teams’ radars for the draft. Prior to the 2008 NBA Draft, popular scouting website NBAdraft.net cited Morrow as being “a below average athlete by NBA standards,” and said that he would, “…need to prove that he can step his range back to the NBA three-point line.”

What NBA teams did not see in Morrow was his incredible work ethic. “We stress individual workouts (at Georgia Tech) and Anthony was extremely dedicated,” said his college coach, Paul Hewitt to Fox Sports Radio’s Bill Herenda in 2008. Atlanta Hawks’ Assistant Coach, Kenny Atkinson, was quick to agree about Morrow’s attitude towards practice.

Despite going undrafted out of college, Morrow looks back at his time at Georgia Tech with no regrets.

“I spent four years at Georgia Tech and I needed every single one of them,” Morrow said. ‘It was probably the best experience of my life. I appreciated the whole feel of college and everything that came with being in the city of Atlanta.”

Fast-forward to 2012, and Morrow’s accomplishments are hard to ignore. From making the Warriors straight out of the summer league to setting a NBA record for three-point percentage by a rookie, Morrow took the NBA by storm, and currently holds among the all-time highest career three-point percentages in NBA History. Morrow has continued to develop his game and players around the league have taken notice, including guard Devin Harris, who has played with him in Atlanta as well as New Jersey.

“I think he has gotten better each year,” Harris said. “He came in as a shooter and we have seen him add more to his game off the dribble. With shooters like him, defenders figure out what you do well. He’s done a good job of countering the way they are guarding him.”

After being the centerpiece return in the summer’s blockbuster Joe Johnson trade, Morrow finds himself in Atlanta with a unique opportunity at his hands.

“It is great to have a chance to play for the Hawks,” Morrow said. “At the start of my college career, the team was not that good. But I watched throughout college and by my junior and senior years, they were making the playoffs. Now I get to be a part of a culture with a winning franchise and it is a blessing.”

As far as what he will offer the Hawks besides his lethal shooting touch, the coaching staff has been encouraged by his efforts defensively.

“Anthony (Morrow) has done, thus far, a great job in competing on the defensive end,” Head Coach Larry Drew said. “My job is to continue to challenge him.”

For Morrow, who is just entering his prime at the age of 27, the opportunity to return to Atlanta and play basketball in the Hawks’ fast-paced offense could not have came at a better time.